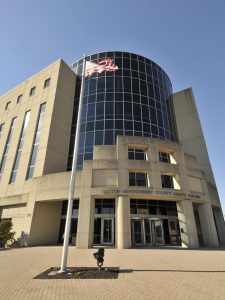 An appeals court has upheld a lower ruling that CareSource owes Kettering Health Network millions of dollars amid a years-long payment dispute.

The case has larger implications for CareSource and how it repays health care groups for surgeries on its members. Kettering Health has been objecting to claims payments from the company since 2008. Kettering provides outpatient services to CareSource in exchange for payment of prevailing Ohio Medicaid rates.

CareSource, a $7 billion Medicare, Medicaid and health insurance company, has nearly 2,100 employees in the Dayton Area. Kettering Health, a $1.5 billion hospital group, has 8,300 local employees, according to DBJ research.

In 2015, Arbitrator Stuart Widman of American Health Lawyers Association heard the case and issued an award for Kettering Health for about $2.8 million, including interest for the underpayments, following the hearings. CareSource appealed that call in the Montgomery County County of Common Pleas, which sided with the arbitrator in the fall.

Attorneys Gary Leppla and Philip Leppla of Dayton-based Leppla Associates argued the case on behalf of Kettering Health Network, while CareSource was represented by its general counsel Mark Chilson and Andrew Reitz. Neither company immediately responded to requests for comment.

“The court of appeals was very clear, the purpose of arbitration is to let corporations resolve disputes,” Gary Leppla said. “Kettering Health proved the systematic underpayments by CareSource for years. There’s just nothing ambiguous about this result. … The larger issue is those providing the care are entitled to compensation for their work, this is what state law provides and hopefully this guides the parties in the future.”